Ask yourself, why is the media all of the sudden become so obsessed with taking down Dr. Ben Carson?  Why are they focusing all of their hatred and vitriol at man regarding things that may seem senseless with regards to becoming president?  I am by no means trying to give Carson a free pass, if he did indeed commit any sorts of lies in his past I feel he should come clean. I feel this should be the case for any individual running for public office as they all should be held to the utmost standards of accountability.  What we need to look at is why is all of the scrutiny coming down directly onto Carson like it is?  Trump and Carson are neck and neck in the poles yet Carson is the one receiving all of the negative press. 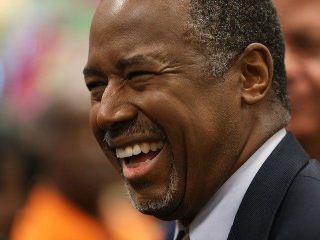 Just this past weekend we saw a hit piece put out by Politico hit piece in which they were attempting to delve into his past and the claim that he apparently fabricated a West Point Scholarship.  First of all, whether or not he fabricated a Scholarship to West Point really has no bearing on him becoming president if many in this country are considering backing a person for president who as Secretary of State let our brave men at Benghazi get slaughtered.  Nonetheless I feel that Dr. Ben Carson should come clean as to what really happened with his West Point Scholarship.
As with most stories it take a little time for the truth to come out and thanks to the plethora of news outlets we have available to us today it quickly did.  We have come to find out that Politico has rewritten several aspects of the original hit piece to as usual make the accusations somewhat vague so they don’t take the fall for defaming Carson.
According to Brietbart,
The original headline reads: “Ben Carson admits fabricating West Point scholarship.”
The updated headline reads: “Exclusive: Carson claimed West Point ‘scholarship’ but never applied.”
The original lede reads: “Carson’s campaign on Friday admitted that a central point in his inspirational personal story was fabricated.”
The update reads: “Republican hits POLITICO story, later admits to The New York Times he wasn’t offered aid.”
As you can clearly see Politico was feeling the heat as they were stretching to dig up dirt on Dr. Carson.  What we later came to find out is that Carson was at the top of his ROTC class in high school and met with some highly regarded individuals from the service and the possibility of him being presented with the opportunity to attend West Point was put on the table. As history shows he clearly declined the opportunity to attend West Point as he had aspirations of becoming a doctor.  Thank God he did as he went on to save thousands of lives.  So the next time you see a hit piece on anyone, let alone someone with the character and accomplishments of the likes of Dr Carson you need to do your homework first.
Young Conservative